by George von Burg September 9, 2019
Back in my hometown of Cambridge, UK, there is a locally famous clock, recently unveiled by the late Stephen Hawking in 2008, called the Corpus Clock. This street-level clock faces out onto the popular king's parade and is a local feature and regular tourist attraction. Costing £1 million and taking 5 years to develop the building of this clock utilised the skills of over 200 people, including engineers, sculptors, scientists, jewellers, and calligraphers. 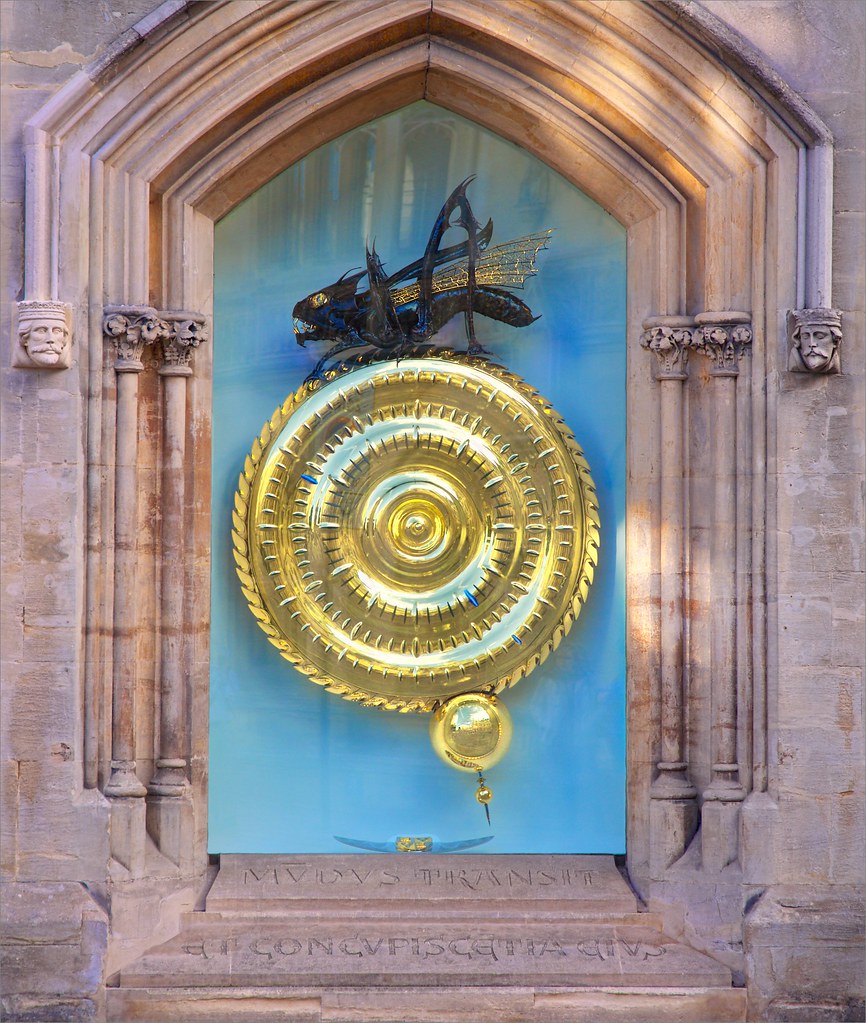 The result, in case you haven’t seen it, is 24-carat gold plated stainless steel disc, approximately 1.5 meters in diameter with slits organised in 3 concentric rings around the centre to mark the time with LEDs; seconds, minutes, and hours. Atop the watch features an insectoid type creature, similar to a locust or grasshopper, which is the escapement. Named the ‘Chronophage’ or ‘time-eater’ this insect gives the appearance of eating the time as it passes giving a sinister overall feel to the clock. Interestingly though, the clock is only accurate once every 5 minutes, with the pendulum lagging and playing catch up, a mechanism designed to reflect the irregularity of life.

As mentioned this clock is a local feature to my hometown but has featured in various film and television productions. It is also the inspiration for this article on famous clocks around the world. Here we present the top 5.

Big Ben is the nickname for the Great Bell of the clock at the north end of the Palace of Westminster, London. The name is often used to refer to both the clock and the tower, though officially the name of the tower in which Big Ben is located is now Elizabeth Tower, renamed from the Clock Tower in 2012 to mark the Jubilee of Elizabeth II.

The clock is a famous London landmark and tourist attraction, and when completed in 1859 was famous for being the largest and most accurate four facing striking and chiming clock in the world. The tower stands at 96 meters, taking 334 steps to climb, and the dials of the clock measure 7 meters in diameter. Interestingly the Great Bell, Big Ben, only strikes on the hour using the original Victorian mechanism, four quarter bells chime at the 15, 30, and 45 minute intervals past the hour. 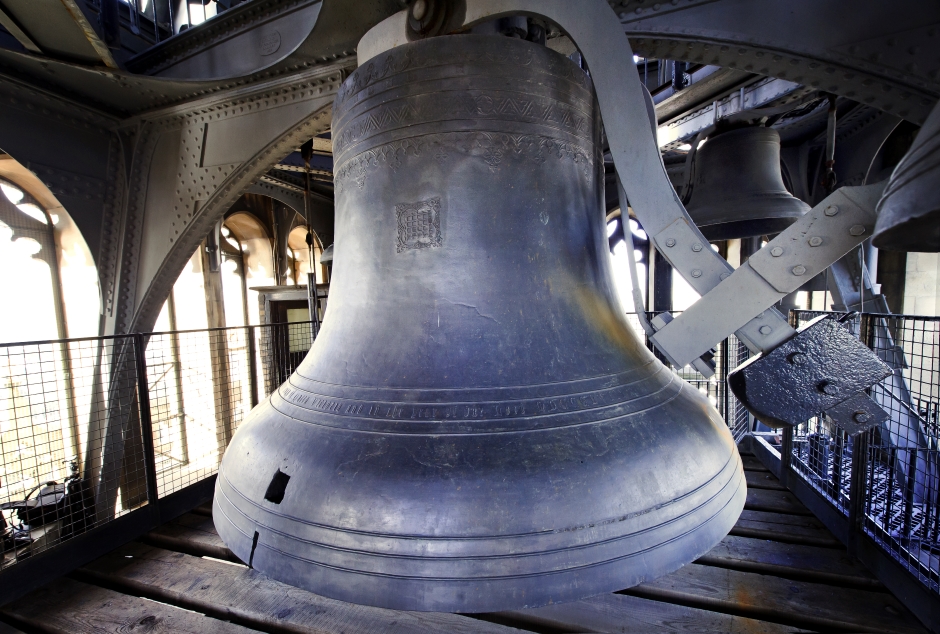 Having survived bombing during World War II, Big Ben, the bell, clock, and tower, continues to be a British cultural icon, especially in visual media where is it often used to establish a location shot. Big Ben is also the centre of focus for events such as New Years Eve celebrations, where the chimes welcome the start of the New Year. Situated in Times Square, New York City, this clock is said to see at least a third of a million people each day as they pass through the so-called ‘crossroad of the world’ that is Times Square. Known as a major commercial intersection with historical significance that now serves as a tourist attraction, entertainment centre and neighbourhood, Times Square is also famous for its clock which is featured every New Years Eve during the countdown to midnight, where Americans also celebrate by dropping a time ball, known as the ‘ball drop’, at One Times Square. Representing one of the most popular tourist attractions in Prague, Czech Republic, this is the oldest astronomical clock still in working condition, and third oldest overall in the world. Having first been installed in 1410 the Prague Astronomical Clock, or Prague Orloj, is mounted on the southern wall of the Old Town Hall in the Old Town Square. This idyllic setting adds to the beauty of the medieval masterpiece, comprised of three main components – the astronomical dial, representing the position of the Sun and the Moon, the Walk of the Apostles, a clockwork show of figures of the Apostles and other figures, e.g. Death striking the time, and a calendar dial with medallions to represent the months. 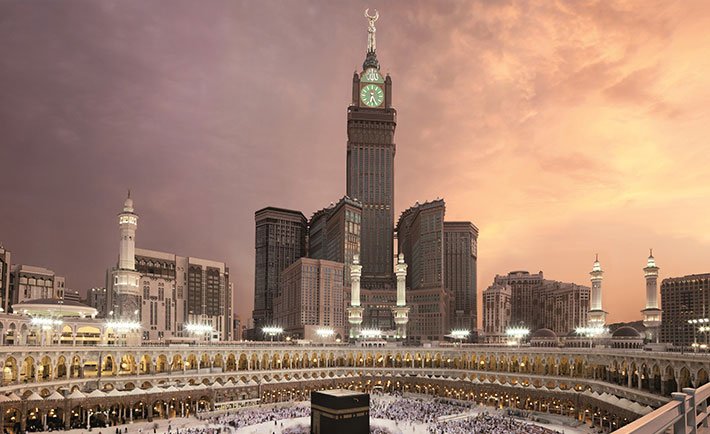 Comprised of seven skyscraper hotels including the Makkah Royal Clock Tower, A Fairmont Hotel, the Abraj Al-Bait is a complex of mega tall structures and hotels in Mecca, Saudi Arabia. Designed as part of a bid to modernise the city and cater to pilgrims in a project known as the King Abdulaziz Endowment Project the central tower, the Makkah Royal Clock Tower, A Fairmont Hotel, has the world’s largest and highest clock face, as well as being the third-tallest building and fifth-tallest freestanding structure in the world.

In addition to these titles, the buildings also claim the title of the world’s most expensive building, with the total cost of construction equalling US$15 billion. As for the clock faces, they measure 43 x 43 meters, making them the largest in the world and apparently visible up to 25 kilometres away. They are also illuminated by 2 million LED lights, making this one impressive structure.

Another famous tourist attraction, this time situated in Munich, Germany, is the Rathaus-Glockenspiel tower. Built as part of the New Town Hall and dating back to 1908 this clock tower chimes and re-enacts two 16th century stories for those in attendance to watch every day at 11 am and 12 pm. Utilising 43 bells and 32 life-sized figures the Glockenspiel first tells the story of of a local marriage between Duke Wilhelm V and Renata of Lorraine, complete with celebratory jousting between knights on horseback. The second story is that of Schäfflertanz, or the coopers’ dance, where, according to myth, there was a plague in 1517 in Munich and in order to bring fresh vitality to fearful dispositions the coopers of the city were said to have danced through the streets. This dance became part of tradition and is immortalised during the display on the Glockenspiel.

That’s it for our top 5 clocks, and of course there are many more that we haven’t covered in this article. Be sure to look them up in your own time, and stay tuned for more articles here at Boutique Von Burg.